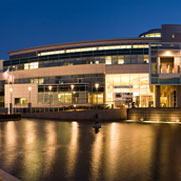 Milpitas is located in the county of Santa Clara in the northeastern part of Santa Clara Valley. It is considered a suburb in the south with an approximate area of 13.6 square miles. The city experiences sunny and warm weather with just a few cases of extreme temperatures. As opposed to the weather of other areas during the winter months, winters in Milpitas California are relatively warm with the temperatures ranging between -0.5 to 15 degrees Celsius. Generally, the weather is favorable for one wanting to work or live in this city under the sun.

In terms of demographics, the last census carried out placed the population at about 66,700 people which was an increase from about 62,000 a decade earlier. It is also important to note that Milpitas is highly diverse in terms of racial makeup. The largest one being Asians making up about 62 percent and the smallest being Native American at about 0.5 percent. Notably, the highest is population is aged between 25-44 years.

The transport network is also well developed and its accessibility is easy and convenient with the main types of transport being rail and road. If you intend to visit or work in Milpitas California, there is the high-speed train with stations at the great mall, Montague and interstate 880. You get four-morning train services into Milpitas from neighboring cities with the Altamont express train. Local buses are also available to facilitate your movement.

Economic wise, Milpitas is ranked as the city with the largest number of people working in the electronic and computer industry. It is an industrial city and many renowned companies have offices here. It is also home to the Great Mall of the Bay Area which is the largest enclosed mall in Bay area. There are also other several shopping centers like Milpitas Square and seasons marketplace well spread out within the city thereby easing your accessibility to necessities.