Having a real estate appraisal for bail bonds is something that is commonly done when you make the decision to use your home as collateral when you are bailing someone out of jail. In most cases you have to put down a percentage of the total bail required, usually 10%, then the rest can be covered by a bail bonds company. When a bail bonds company gives you money to bail someone out of jail, they are giving you a type of loan.

All loans have some level of risk associated with them for the lender, and in the case of a loan for bail that risk is considered to be significantly higher than most other types of loans. Because of this, the bail bonds company you use will ask for collateral to cover the amount of the bond. If the person bonded out either runs or fails to show up in court, then the bail bonds company will lose out on the money they put up to get them out. They will then turn around and come after the person that contracted them, and will either collect the money they are owed or go after the collateral used in order to cover their loss. 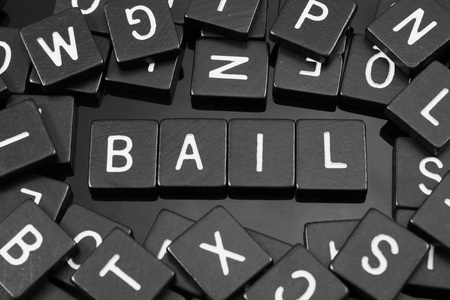 Real estate appraisal for bail bonds is a fairly simple process. The appraiser is just doing an appraisal to get a rough estimate of the value of your home. Because the bond required to bail someone out of jail is usually not as much as your home is worth the appraisal process should be fairly straightforward. One thing to keep in mind though is that even though your home is probably worth many times the amount of money being used to bond someone out if they are forced to do so a bail bonds company will attempt to foreclose on your home to get their money back.